Joey's summary of the chapters for Huckleberry Finn 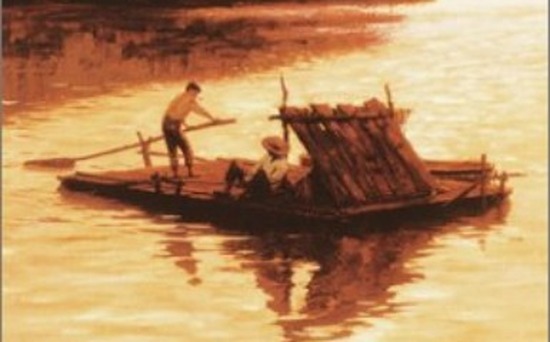 Chapters 9-11 are mostly about  Huck and Jim going to an island and seeking supplies to stay in a cave on the island. The river floods and they see a house float by and try to get equipment there and see a dead body shot on a bed. Later on in chapter 10 Huck keeps on thinking about the dead man and Jim is talking to Huck about bad luck and how Huck already has bad luck when he kept a rattlesnake's dead skin. So Huck wanted to play a joke on Jim and puts a dead snake next to him while he's asleep. But another snake comes by and bites Jim but it heals after some time. Huck decides he needs to seek information and dresses up like a girl and meets a newcomer so the person wont recognize him. In chapter 11 Huck tells the newcomer his name is Sarah Williams and finds out suspicions rise about Huck dying the same day Jim escapes and has a bounty on pap and one for Jim. Later on they saw campfire smoke coming from the island and calls to get it checked out. Huck puts a diversion fire so Huck and Jim could leave on the raft. 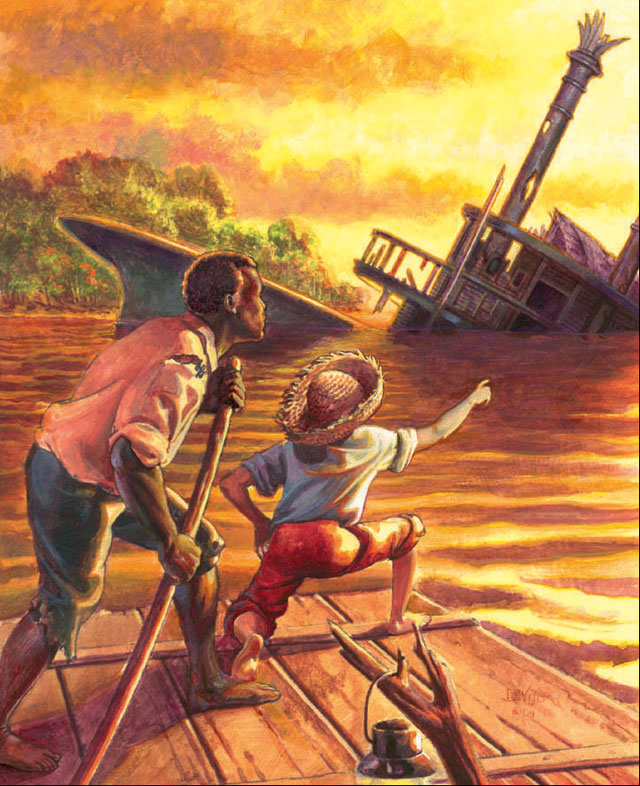 Chapters 12-14 are about Huck and Jim going down the river and passing by St. Louis. They got provisions and stole items too but left things behind because they felt bad. Soon they found a totaled steamboat and Huck really wanted to search it and finds 2 robbers that are plotting to kill the 3rd robber. In chapter 13 Huck wants to cut the boat loose and let the robbers be stranded. He felt bad after a while and he gets a ferry watchman to find them. But the robbers have already been killed. In chapter 14 Huck got the items from the Walter Scott and relaxes with Jim and talks about Solomon and King Louis the XVI of France and they argue about the French not able to speak English. 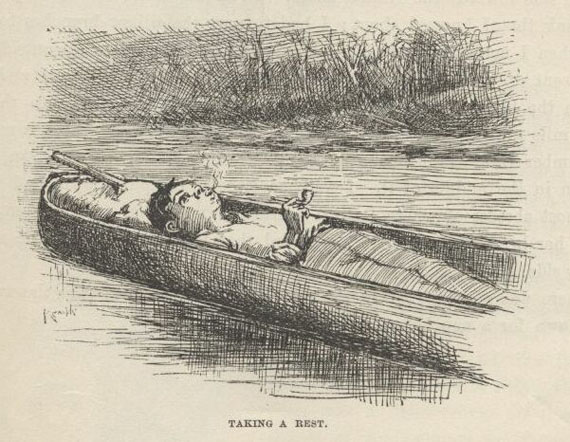 Chapters 15-16 are about Huck going off in the canoe and a dense fog covers their direction and they loose each other. Soon they found each other and Huck tries to trick Jim by saying it was a dream and he believes it for a little then gets offended that he made him feel stupid. In chapter 16 they were trying to get to Cario and they didn't want to pass by it. Later some men ask to check for any slaves in the boat and Huck lies and tells them his family is in the boat with smallpox and at the risk of infection the men lave and give him $40 in gold. Later Huck and Jim get their raft run over by a boat and they get separated again and then Huck gets cornered by a pack of dogs.

In chapter 17 huck says his name is “George Jackson" to a man to go inside the house. The family thought he was a member of a family the Shepherdsons. But they found out he's not a Shepherdson. The mother introduced huck to a boy his age named Buck. Buck says Huck must stay with him so they can have a good time. Huck also makes up an story to explain he's an orphan the Grangerfords offer to let Huck stay with them for a long time. Huck thinks that life at the comfortable house is great. In chapter 18
Buck tries to shoot Harney Shepherdson. Huck asks why he wanted to kill Harney, and Buck says the Grangerfords are in a fight with a neighboring families aka The Sheapherdsons. No one remembers how the fight started, but last year, two people have been killed, including a 14 year old Grangerford. The two families attend church together and hold their rifles between their knees as the minister preaches. Huck finds Jim and Jim said that he followed Huck to the shore the night they were hit by a boat. Some slaves found the raft, but Jim threatened the slaves by saying it belonged to his white master Huck learns that Sophia Grangerford has run off with Harney Shepherdson. In the woods, Huck finds Buck and a 19 year old Grangerford in a gunfight with the Shepherdsons. Both of the Grangerfords are killed. Huck & Jim out of pitty leave.

The duke and the dauphin ask if Jim is a runaway slave. And huck makes up a story that he and Jim have been forced to travel at night since people stop at his boat to ask if Jim is a runaway. Later on, the duke gets the dauphin to put on a performance of Shakespeare in the next town. They reach the town and find that everyone in the town left for a religious meeting. The dauphin tells the crowd he's pirate, now changed by the meeting, who will return to the Indian Ocean to be a missionary. The dauphin receives alot of money from donations. Later on, the duke takes over a print office in town and started selling print jobs in the local newspaper. The duke also prints up a leaflet offering a reward for Jim’s capture, which will allow them to travel by day.  In chapter 21 The duke and dauphin practice the balcony scene from Romeo and Juliet and the swordfight on the raft. The duke also works on his recitation of the “To be, or not to be” from Hamlet horribly, and puts some lines from Macbeth.  Next they visit a town in Arkansas where young men loiter in the streets. The duke posts handbills for the theatrical performance, and Huck witnesses the shooting of a drunk. In chapter 22 A lynch mob charges the road and goes to Sherburn’s house. Sherburn greets them from the roof of his front porch, rifle in hand. He delivers a speech on human nature in which he attacks the cowardice. The mob disperses.

Huck then goes to a circus. A performer, pretending to be a drunk, forces himself into the ring and tries to ride a horse. The crowd roars in amusement except for Huck watch the poor man in danger. That night, only twelve people attend the duke’s performance, and they jeer throughout the entire show. The duke then prints another handbill, this time advertising a performance of The King’s Cameleopard [Giraffe] or The Royal Nonesuch. Bold letters across the bottom read, “Women and Children Not Admitted.”